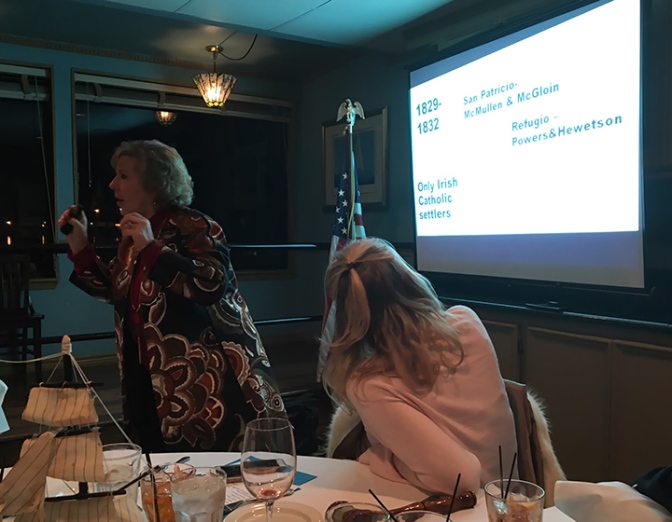 On Thursday evening the Charles E Hawkins Squadron in Galveston was fortunate to host Dr. Carolina Castillo Crimm as its guest speaker. Dr. Crimm, a native of Mexico, came to the United States when she was 17. She holds degrees from the University of Miami, Texas Tech and completed her PhD in Latin American History at the University of Texas at Austin. Among her many books and articles is the award-winning De León: A Tejano Family History (2004). During her forty years in teaching, she has won numerous awards including the prestigious Piper Award as one of the best teachers in Texas. She has recently retired and been honored as a Professor Emeritus in History from Sam Houston State University for her work with her students, her university and her community.

Dr. Crimm’s presntation focused on the de León family, that established ranches in Texas at the beginning of the 19th century, first on the Nueces River and then, later, near Guadalupe Victoria (present-day Victoria). Her presentation showed how the de León family was buffeted by political struggles and shifting alliances over the first three decades of the 1800s. The de Leóns, like so many Tejano families, found themselves caught between the Federalist, liberal faction on one side, and the centralist, conservative faction on the other. And like so many families, they found themselves divided as the second generation took sides in the struggle. Dr. Crimm showed dramatically how it is impossible to understand the development of Spanish and (later) Mexican Texas without understanding the dynamic and often violent swings of power in Mexico City itself.

Dr. Crimm is an engaging and energetic speaker, who presents a story that offers valuable insight into a critical period in history of the United States, Mexico, and Texas. 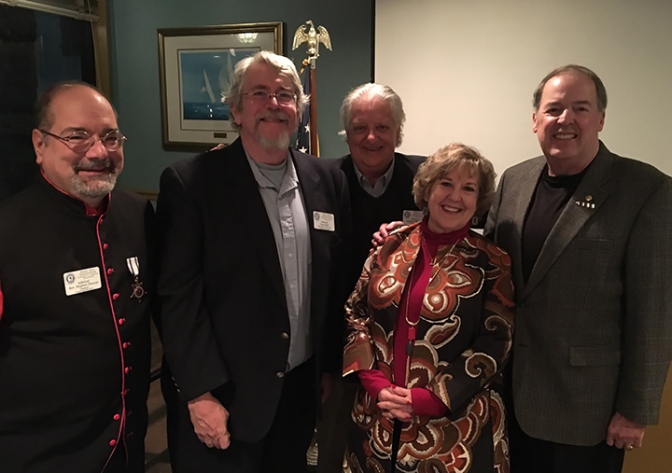 One thought on “The de Leóns and Texas”